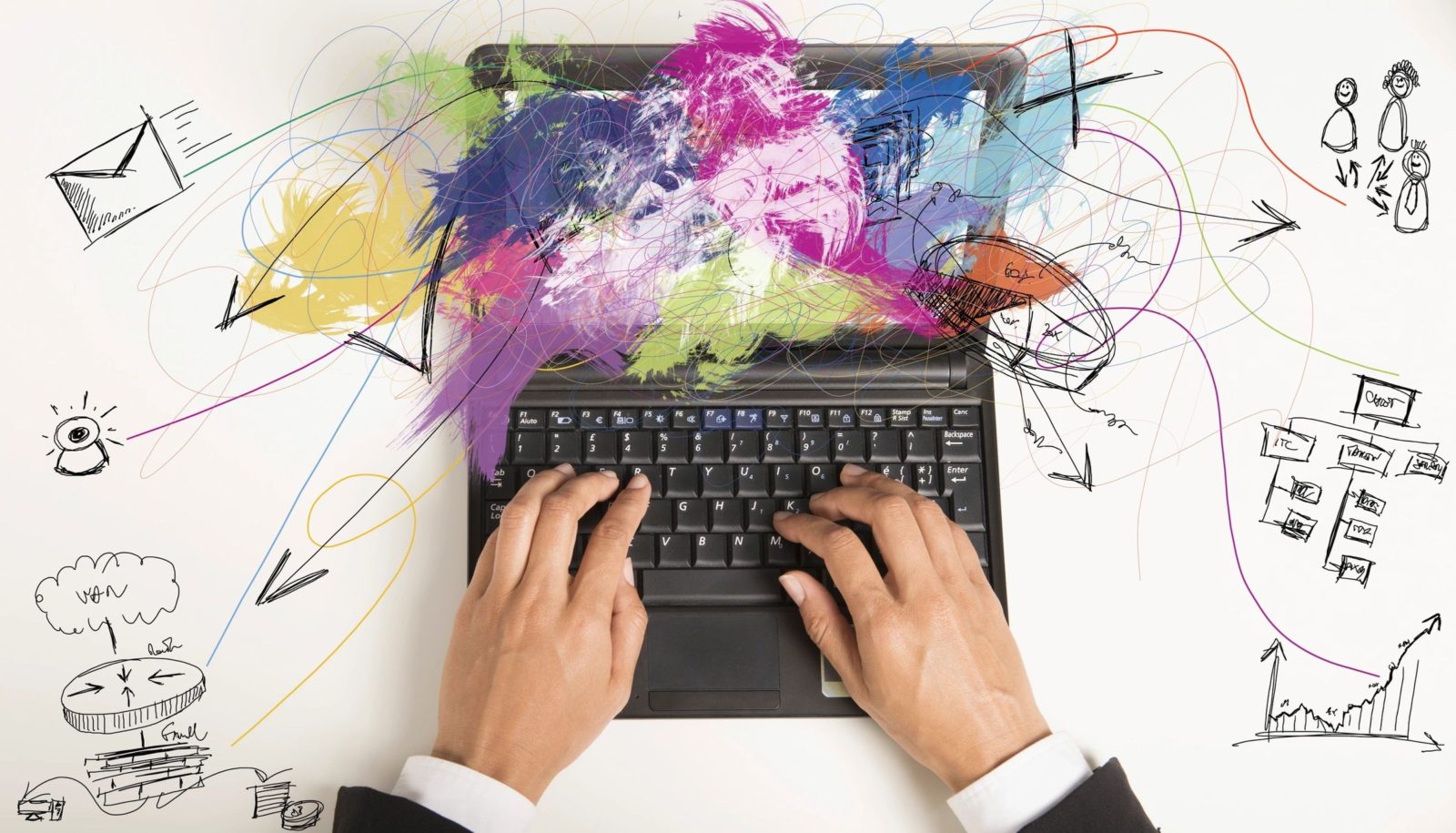 One late night while I was working in the cardiothoracic ICU, a nurse called me to let me know the family of one of our sickest patients had a few questions. They had spoken to many other doctors during the day, but for some reason wanted another opinion- at 2am.  Now I genuinely don’t love answering complex questions when I’m covering at night unless it is an emergent situation, but I guess I was in a good mood.

The patient was a man who underwent a heart transplant about a week ago. At first he had a relatively normal recovery, however a few days ago, he had a severe unexplained neurological decline causing progressive weakness, need for a ventilator, and eventual coma. Many complicated and expensive tests were run, yet none of these tests had provided a clue to what was happening. The nurse warned me that after their relative’s unexplained serious deterioration the family was suspicious that maybe they were not being told the whole story. They now had a general distrust of the whole medical team.

I glanced at the chart and wandered over to the bedside to meet the patient’s adult children for the first time, not knowing what to expect. I was slightly shocked when they proceeded to skillfully and thoughtfully present to me multiple theories of what might be happening with their dad. They submitted a list of rare neurological diagnosis that could conceivable fit their father’s clinical scenario, from botulism toxicity to scopolamine overdose, and suggested a list of ten potential therapeutic supplements- requesting my opinion on each of them. The thing was, their presentation was cogent, well researched with supporting sources painstakingly scoured from the web, and not at all crazy. It was just…their ideas were very likely completely wrong.

Often when doctors commiserate over their patients unearthing medical knowledge from Dr Google, there is an undertone of paternalistic mocking. How could someone even suggest that a search engine could compete with a physician’s years of training and experience? Sure, us doctors all claim we want well informed patients, but in my experience most healthcare professionals would rather have patients who are “informed just enough” to comprehend what we are telling them.

Before the widespread information dissemination that exploded with the internet, doctors were essentially the guardians of facts. Your patient was unlikely to drive to the local university library, check out a medical journal, and research the up-to-date treatment controversies of their condition. The internet has made finding data and opinions, right and wrong, conventional and crazy, well supported by science and rooted in superstition, available to every literate person with access to a computer and wifi.

Back to the ICU…

So there I am, standing in the ICU in the middle of night, trying to recall what the symptoms of botulism toxicity might look like, confessing I have never seen it in real life, but also understanding the reality that if this guy somehow contracted botulism in the ICU after a heart transplant it would require an insanely improbable series of events (maybe somebody served him some tuna fish in a rusty can when nobody was looking?). We poured over their carefully compiled list of potentially beneficial supplements and at the professionally done websites describing the wonders of these non-FDA approved treatments. To be honest, I was asking myself- are any of these pills some newly discovered therapy I just have not heard about yet? I doubted it, but sometimes in medicine it feels like you go away on a two week vacation and when you return, a new drug or protocol has been introduced and everything you once knew is outdated.

So as a doctor, what do you do?

An intelligent patient asks to discuss alternative medical options you honestly know nothing about. They present informative websites, discussion boards, and footnoted references to studies conducted in some random Scandinavian country. It’s placed in front of you in digital print on some professionally looking website and you’re asked for, and expected to give, your immediate opinion.  You honestly don’t have a clue and you don’t exactly have the time or resources to methodically evaluate the true quality of the information presented to you.

I think this situation happens frequently in different contexts: A girl with chronic abdominal pain asks about an a traditional chinese medicine treatment she read about on the internet. An older gentlemen takes supplements to prevent the cancer his parents died from because he heard on Dr Oz that it might be helpful. A mom with a kid diagnosed with autism blames vaccines as the cause because there is no other explanation that makes sense to her. What do you tell them?

Most physicians will just reflexively preach, and often rightfully so, that these treatments are simply unproven, not likely to be helpful, and could be dangerous. From the doctor’s point of view this response makes perfect sense- minimize risk by avoiding unfamiliar treatments and emphasize therapies with good supporting evidence- seems like a no brainer.

However, I think doctors often don’t recognize there is often a deeper motivation inspiring the patient’s queries.  They are looking for more that just an answer to the literal question they are asking. The patient may inquire “Do you think transcendental meditation can help treat my lupus?”. But what they are really saying is, “I’m not sure Dr Consilvio if the treatments you have to offer me are going to be enough.”

The simple fact a patient diligently researches alternative treatments on the internet indicates they do not blindly trust the doctor’s word. The framed medical school diploma on the wall and board certification tests long studied for and passed, are not enough in the modern world to compete with the seemingly neverending mass of information online.

A modern medical professional needs to negotiate a world overwhelmed with constantly evolving theories and ideas, supported by good and bad evidence, influenced by competing biases and financial incentives. Some of the online content is informative and helpful, and some is straight up dangerous. It can be tough to sort through this stuff even after years of education, training, and experience.

Back to the ICU…

So I spent an hour at 2am reviewing the supplements the family researched, but in reality, all I really did was listen to them.  Once they were convinced I actually heard them and were not simply brushing them off, we could analyze the potential risks and benefits of treatments and prognosis in an open and honest discussion. They morphed from slightly distrustful to at least feeling like their concerns had been heard. We discussed how since we don’t know how the supplements might interact with the vital post-heart transplant immunosuppressant medicines, it would be too risky too just blindly give them and see what happens. Just by listening, I earned some level of their trust.

A few days later, a test came back positive for West Nile Virus encephalitis (an infection of the brain). The immunosuppressant medications required to undergo a transplant had unmasked and unleashed the dormant virus leading to unrecoverable brain injury. It was an extremely unlikely scenario. The family understood the gravity of the situation, recognizing no suppplement was going to solve this devastating outcome. They now trusted the medical team recommendations. When they were ready, the family and the medical team together agreed to change goals of care to making him comfortable, stopping all aggressive treatment, and allowing him to pass away naturally.

The most important thing to remember is that practicing medicine is at its core about the doctor-patient relationship– not about diagnostic algorithms nor evidence based clinical research analysis. Yeah- it’s true after jaded years of real world medical practice that a phrase like “remember the doctor-patient relationship above all else” sounds like a hokey idealistic axiom preached to you on day one of medical school.  But actively listening to your patient’s concerns, and then double checking with yourself to make sure you actually hear those concerns, may be enough to earn your patient’s trust.  Only then you can engage in a true dialogue about risks and benefits of any treatment, conventional or alternative. Developing this trust is realistically the primary skill of the modern physician and can be the single most important factor differentiating a well educated and trained medical professional from the random unsubstantiated information found on the world wide web.